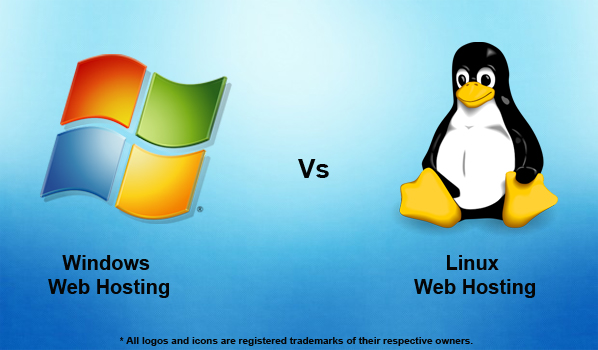 Selecting the right web-host provider isn't the only critical decision companies need to make, they also need to choose between the “Big Two” web platforms: Windows and Linux.

Most of the Web Hosting Companies use either of the two Operating Systems on their servers. Those two Operating systems are Windows and Linux. But what is the Difference between these two and how do they effect your web hosting?

As Linux is Inexpensive and easy to install, It is one of the most prevalent operating systems for web hosting. Windows is also the other choice because they have world class support. There are lot of similarities and a lot of differences of these two Operating Systems and how they operate. There is also a difference in security between the two.

The biggest difference between these two is the core operating system (OS). Linux uses some form of the Linux kernel, which is typically free. Windows, meanwhile, comes with a licensing fee. You'll find a host of open-source Linux applications available on the web; Windows hosting has fewer apps to choose from, but all come from licensed providers.

There are also many minor differences between Windows and Linux web hosting. For example, all Linux files are case sensitive, but Windows files are not case sensitive. This means “Server.exe” and “server.exe” are different files in a Linux deployment, but they are the same for Windows users. In addition, Linux uses control panels like cPanel or WHM ( Web host Manager), while Windows uses Plesk.

What type of web hosting to choose?....
Does Server location matters in Hos....
Benefits of moving from Shared host....
Why your business needs Professiona....
Does Shared Web Hosting affect Sear....
Benefits of SSL Certificates....
Is Shared Hosting the best choice f....
Benefits of Business Email Hosting ....
Understanding Common Server Errors....
Why Web Hosting is Essential for Sm....
Shared Hosting Vs VPS Hosting....
Go online with Cheap Web Hosting....
how to start a web hosting business....
What is Windows Hosting and Linux H....
How to decide what type of web host....
January 19 2016

Third-party logos are marks are registered trademarks of their respective owners.

This Website and User data is secured by 256 bit encryption